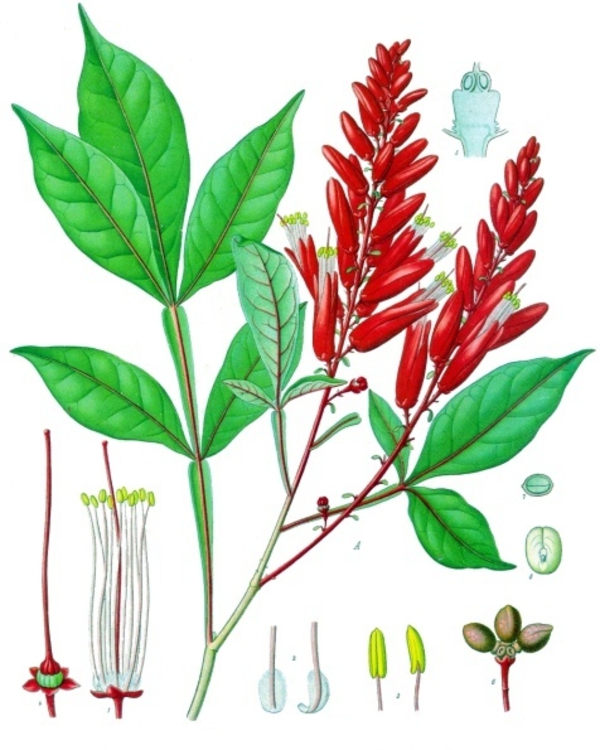 Quassia is used in cases of anorexia for promoting the appetite and assisting the digestive functions. A classic bitter, when it touches the mouth, the digestive juices begin to flow.

1883: Scudder
The wood of picriena excelsa. Preparations: Infusion of Quassia. Tincture of Quassia. Dose: Of the infusion, from 3j. to 3j. Of the tincture, gtt. v. to 3ss.

Therapeutic Action: Quassia is tonic, stomachic and antiseptic, possessing all the properties that belong to the other pure bitters. It is employed in cases of anorexia for promoting the appetite and assisting the digestive functions. It is wholly devoid of all irritant, stimulant, or astringent properties, and hence has been regarded as the type of the pure bitters. Its use is mostly confined to atonic states of the system, with indigestion and loss of appetite.

1911: Fyfe
Debility during convalescance from exhausting diseases. Locally: ascarides. This agent is occasionally used as a tonic, but owing to its unpleasant taste but few patients are willing to take it. A decoction of quassia used as an injection will removed ascarides. (threadworms) Picraena excelsa is tonic, febrifuge, and anthelmintic.