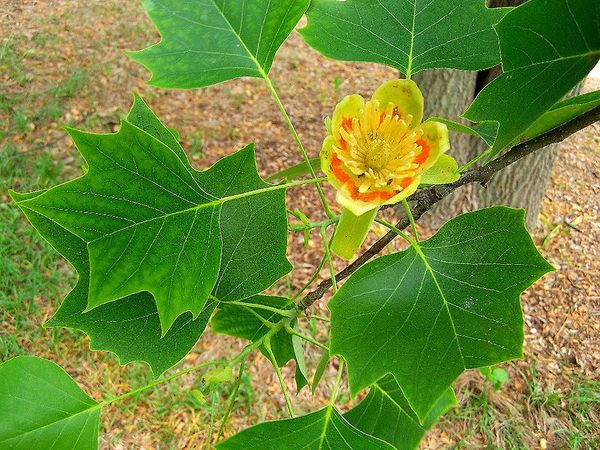 This large tree can be found growing from the Quebec Province as far south as Georgia and in the past was used to treat gout, tuberculosis, systemic tuberculosis, wasting away, and night sweats. In the past, it was said to be so effective in treating chronic infections that I think it needs to be studied for its role in treating the chronic infections causing trouble today.

History
This large tree can be found growing from the Quebec Province as far south as Georgia , in mixed deciduous woods. The tribes of the East Coast used it for domestic and medicinal purposes. In example, the Cherokees used it as a poultice in sores, headache, inflammation, and mortification. Captain John Smith and other early colonials reported that Native Americans used the trees massive trunks for canoe making and other parts for medicine. By 1748 Colonials were using root bark to treat malaria and other feverish conditions. It was said to be comparable in efficacy to Cinchona rubra. In 1808 Cummings wrote that the drug was an infallible remedy for snakebite and that it was “a most powerful alterative and purifier of the blood.” Raffinesque, writing in 1830 attributed sudorific, febrifuge, vermifuge, tonic, antiseptic, and stimulant action to the drug and stated that it was used in intermittent and low fevers, chronic rheumatism, dyspepsia, hysteria, dysentery, gout, phthisis, cholera infantum, worms, and syphilitic ulceration of the nose. Importantly, he indicates the bark should be collected in the winter and that the inner bark of the root was the most powerful. Gunn, writing in 1860 said this of it, “will prove a certain and speedy remedy in the chills, intermittent fever, worms, hysteria, commonly called hysterics, which generally arises from a diseased womb. In dyspeptic states of the stomach and bowels, this is a valuable remedy, owing to its tonic or stimulating powers . ” (5) Thus, drug was used domestically and medically before the Eclectic movement began.

Digestive
Chronic diseases of the stomach and bowels, worms, anorexia, impaired states of the
digestive organs.

State of Resistance
The drug was used to raise resistance to malaria, tuberculosis, rheumatism, and gout.

Reported to be innocuous in Eclectic literature. (1–4)

Clinically the drug was used to raise resistance to infections and autoimmune disease. (1–4)

Clinically, the drug was used to normalise the physiological abnormalities associated with State of Exhaustion . (1–4)

Discussion
The drug exhibits properties consistent with Brekhman’s definition of an adaptogen. It is innocuous; it was used to raise resistance to various biological threats, and was used to normalise physiological function.

Liriodendron tulipfera is omnipresent in the Eastern forests of the United States . The trees are large and abundant. Though it was a common domestic medicine in the Colonial period and well liked by the Eclectics, it has been forgotten. To such an extent, no research has been done on it or on its constituents. Be that such that it may, the Eclectics used it to increase resistance and to remedy State of Exhaustion . The testimonials to this effect are compelling. In addition, the trees close relations (i.e. Magnolia sinensis, Magnolia grandiflora, etc.) have been studied and have demonstrated resistance-enhancing capacity. The drug is readily available and cheap by comparison with many botanical drugs.
Potential clinical applications

The drug may prove useful in raising resistance to malarial infection.

Eco-availability
The drug is abundantly available.

1854. John King. Materia Medica. – LIRIODENDRON TULIPIFERA
Properties and Uses – Tulip tree bark is an aromatic, stimulant tonic, and has proved beneficial in intermittents, chronic rheumatism, chronic diseases of the stomach and bowels, worms, and hysteria. In hysteria, combined with a small quantity of laudanum, it is said to be certain, speedy, and effectual, and also to abate the hectic fever, night-sweats, and colliquative diarrhea of phthisis. The warm infusion is diaphoretic, and under certain states of the system has proved diuretic. dose of the powdered bark, from a scruple to two drachms; of the saturated tincture, which is the best form of administration, one fluidrachm; of the infusion, from one to two fluidounces; of liriodendrin, from five to ten grains.

1873: Scudder
The great abundance and wide distribution of these trees, adn the ease with which it may be obtained and prepared, and the really valuable character of the remedy, should bring it into general use. It is stimulant and tonic to the digestive apparatus, improving digestion and blood making. It also exerts an influence upon the nervous system, strenghtening innervation and relieving those symptoms called nervous.

1883: Scudder: (tonic)
The bark of liriodendron tulipifera ‑ U.S. Preparation: Tincture of Liriodendron. Dose: From five drops to one drachm.

Therapeutic Action: The bark of the Tulip Tree is tonic, stimulant, diaphoretic, diuretic, anthelmintic, aromatic, stomachic. It may be used in all cases of anorexia and impaired states of the digestive organs, where a stimulant tonic is indicated. It promotes the appetite and facilitates digestion; for these purposes it will be found fully equal to the simple bitters. It is often used with some advantage in intermittents.

It is employed in gout and chronic rheumatism, and in th declining stages of the acute form, after the irritating action has subsided, as a stimulating diaphoretic and tonic. If administered freely in the form of a warm infusion, it evinces conspicuous diaphoretic properties;and not unfrequently its diuretic powers are equally manifest.

1898: Felter and Lloyd: LIRIODENDRON – TULIP TREE
Action, Medical Uses, and Dosage – Tulip-tree bark is an aromatic stimulant tonic, and has proved beneficial in intermittents, chronic rheumatism, chronic gastric and intestinal diseases, worms, and hysteria. In hysteria, combined with a small quantity of laudanum, it is said to be speedy, certain, and effectual, and also to abate the hectic fever, night-sweats, and colliquative diarrhoea of phthisis. The warm infusion is diaphoretic, and under certain states of the system has proven diuretic. It is now seldom used. Prof. Bartholow found the alkaloid tulipferine to act energetically upon the nervous system of frogs and rabbits. Dose of the powdered bark, from 20 grains to 2 drachms; of the saturated tincture, which is the best form of administration, 1 fluid drachm; of the infusion, from 1 to 2 fluid ounces; of liriodendrin, from 5 to 10 grains.