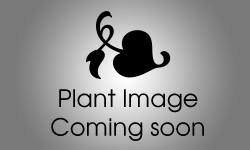 POISON. This plant, and about all of its parts, are poisonous. It is nothing anyone should fool around with. It was used widely in the last century for a whole bunch of stuff by doctors in very minute doses. It is of no practical use today. My research reveals that it needs to be researched as it may have some potential use in the future, but, it must be studied in the modern age with modern scientific techniques, to determine what those uses might be. In the meantime, it is poisonous and everyone should stay away from it.

Indeed, I have a funny story to tell. I was cleaning out my garden and two days later I came out with huge purple welts, all over my body. I looked like I had some kind of biblical skin disease. The odd part is that these welts were painless. They did not hurt or itch. But, I looked like I had been pressed in a waffle press. Anyhow, turns out I had been clearing out a bunch of Poke Root, and, little did I know, it can cause horrific welts. I learned the hard way!