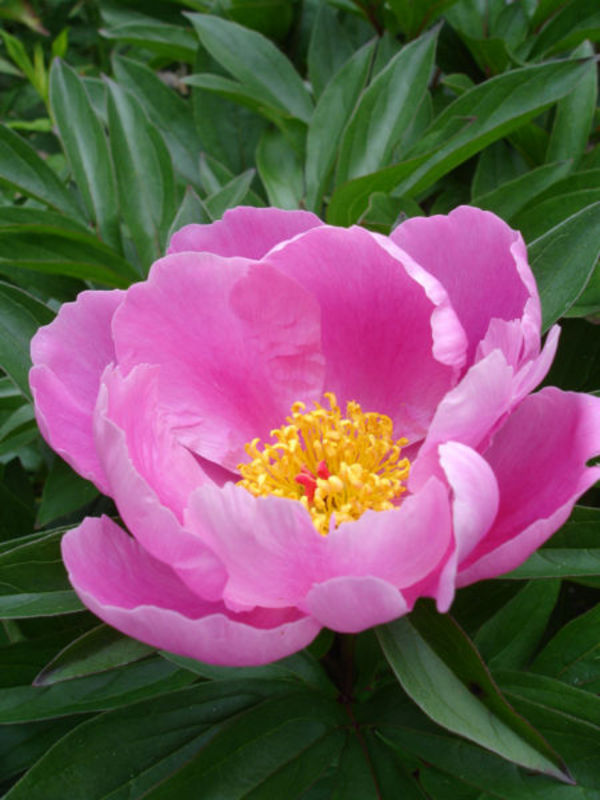 The peony plant in the west is seen as a flowering plant; in Asia, it is seen as the source of a life force building tonic with special usefulness amongst women. Definetly a vitality blaster that should be added to the arsenal of staying well.

History and Traditional Use
The Peony is indigenous to China, but was imported to Japan so early it is difficult to be certain when the transplantation occurred. It is a perennial plant with flowers of white, red or pink which are born in late spring.

The peony was originally introduced as medicine. Indeed, its ancient Japanese name “Ebisugusuri” literally means ‘medicine from China’. However, due to its beautiful blooms, in time, many decorative varieties were developed. In Japanese society, it was seen both as a medicine and a source of beautiful blooms.

In traditional Japanese medicine peony root is seen as being a must in the medicine chest. It is used to soothe menstrual cramps, indeed for all sorts of pain issuing from the female reproductive tract.

This use, like the plant itself, comes from China. The oldest Chinese herbal, “Shinnouhonzoukyou” (Divine Husbandmans’ Classic of the Material Medica) written about 2100 years ago mentions it as relieving abdominal pain, abnormal sensations in the abdomen, sharp pains, and colicky pains. In short, the kind of pain women experience! To this day, it is a very important drug in Traditional Chinese Medicine. It is a mainstay in the treatment of female problems- specifically used to alleviate pain and muscle cramps. Traditional Chinese medicine holds that it calms the spirit which may explain why it is used to treat women suffering from PMT.

In animal experiments, paeoniflorin was found to be anti-convulsive, anti-spasmodic, sedative, anti-inflammatory, analgesic, hypothermic, and a smooth muscle relaxant. In a word, it was found to be a powerful menstrual cramp cure.

Practitioner Recommended Use for Paeony
Peony is especially helpful for women experiencing menstrual pain and cramping. It relaxes the uterus and reduces the strength of contractions. For women who experience severe cramping, there could be no better treatment than peony.

1874: Scudder
Preparation – Prepare a tincture from the fresh root of the garden peony, in the proportion of 3viij. to Alcohol 76 degree Oj. Cose from drops gtts. v. to 3ss.

This remedy has been but little used, yet the evidence is pretty conclusive that is possesses a marked influence upon the nervous system. It has been employed as an antispasmodic, and to relieve irritation of the nerve centers. Will some of our friends prepare a tincture in the summer and test it?