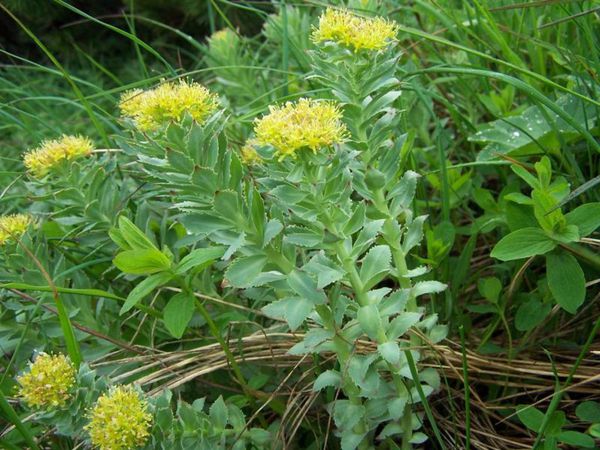 Roseroot, or Rhodiola, is a classic adaptogen identified by the pioneer of stay well herbal medicine, II Brekhman. It was traditionally used to increase physical strength and ultimately was determined to do just that.

History
Rhodiola rosea is a member of the Sedum family and indigenous to the northern parts of Ireland , Scotland , Scandinavia, and Russia . A traditional medicine in Russia and Scandinavia , the drug is used to increase physical endurance, combat weakness, improve work capacity, and induce longevity.

Though those that had a local supply knew RR, it does not appear to have been an item of commerce. Gerard, an English drugalist working in 17 th century London who was familiar with many foreign drugs, had little to say of it. “ There is little extent of the faculties of Rosewort: but this I have found that if the root be stamped with oile of roses and laid to the temples of the head, it easeth the paine of the head .” (20) The drug remained a local remedy until the 1960′s when the Russian adaptogen researchers began investigating it for potential adaptogen activity. Between 1960 and present, over 180 pharmaceutical, phytochemical, and clinical studies have been conducted on Rhodiola rosea. (22)

Brekhman’s Adaptogen Criterion
Applying Brekhman’s criterion to Rhodiola rosea (RR), it is clear that it exhibits the properties of an adaptogen in the following studies:

In vitro and animal studies
* RR was found to be safe in acute and sub-acute toxicity studies. (13)
* RR increased non-specific resistance of fresh water snail embryos against environmentally induced stress. (8)
* RR increased resistance to free radical damage by acting as a free radical scavenger. (1)
* RR reduced hyopoxia induced pancreatic injury either by increasing intracellular oxygen diffusion or by acting as an anti-oxidant. (4)
* RR decreased the oxygen consumption of myocardium and oxygen consumption index, decreased coronary artery resistance, and had no effect on coronary blood flow in anaesthetised dogs. (5)
* RR reduced stress induced cardiac damage. The cardioprotective and anti-stress effects are associated with limited adrenergic effects on the heart. (18)
* RR had an anti-tumour and anti-metastatic effect in the Lewis lung cancer model in mice (potentiated cyclophosphamide). (7)
* RR demonstrated a 90% inhibition rate of mutagenicity in Ungernia victoris cultured cells. (12) Shown to act as antimutagenic drug in bone marrow of cells of mice due to its ability to raise the efficiency of the intracellular DNA repair mechanism. (15)
* RR reduced the toxicity and liver damage associated with the anti-tumour drug Adriamycin without reducing efficacy of the anti-tumour drug. (19)
* RR normalised gastric functions, regardless of the nature of the perversion, in an animal model using cisplatin induced alterations. (13)
* RR showed a marked preventative antiarrythmic effect when adrenaline and CaC12 were administered to rats. (14,16)

Conclusion
In many senses, Rhodiola rosea represents a classic tonic drug. It was used to increase work performance, fertility, and to remedy the signs and symptoms of ageing. It was also used to bolster those with failing health. From a research perspective, Rhodiola rosea complies with all the criterion set forth by Brekhman for an adaptogen. As such, there is evidence to support its use in raising resistance to stressors.