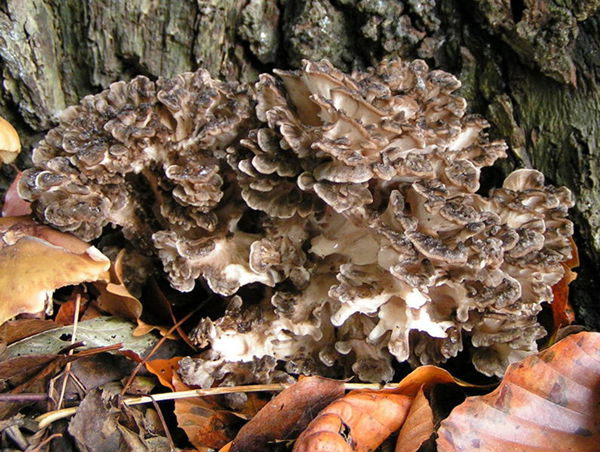 As often happens with the plants I research, my encounter with Maitake, known to botanists as Grifola frondosa, was accidental. I had taken six months off after finishing my medical training, and, on the first week of my vacation, I got a call from a health care company in London. They had a medicinal mushroom they wanted to bring to the market and asked if I would I help. My mind said no, but my mouth said yes. And, am I glad I did. Saying yes to life always leads to good things and this wasreally the case with this particular yes.

I ended up spending three years studying maitake, experimenting with, and prescribing it. I learned everything there was to know about maitake and everything I learned was good. Not only good, amazing. I saw people take maitake and have HIV related cancers disappear, I saw women who had suffered with chronic thrush infections become disease free, I saw a man with pancreatic cancer live 1.5 years longer than what the doctors said he would live. I have been studying healing plants a long time, and, I will say that this is one of the most healing plants out there.

Anyhow, I was maitake mad for a couple of years and did a lot of work. This website, Maitake4Health, is where you will find everything I discovered while working with maitake. I collected a lot of useful information, did some interesting research, and I wanted to make my knowledge available to the general public. The website does not contain everything there is to know about maitake, but, its a start. And, the best place to start is with a general introduction.

In a Word: Immunity Master

History and Traditional use
A medicinal mushroom native to North America, Europe, and Asia, its English common name, “Chicken of the Woods,” hints of something. It tastes like chicken when cooked. It was the preferred mushroom of the Roman dining table and is still considered to be one of the finest wild mushrooms. Its incidence in the woodland is rare and always has been. Previously it was in the same league as the truffle in availability and price.

Not long ago, Japanese researchers revealed the secret of the Maitake life cycle. From this revelation, they devised a way to grow Maitake commercially. Maitake went from a hard to obtain delicacy to an available product. This was good news because Maitake has been found to be one of the most powerful immune stimulants around.

Scientific Back Up
Contemporary animal research shows that maitake stimulates the natural defence system against infectious disease and cancer. Specifically, maitake was shown to stimulate the production of macrophages and Natural Killer cells, the white blood cells responsible for attacking bacteria, viruses, and cancer cells. Experiments have shown that maitake stimulates the body to produce compounds which directly inhibited microbial. Maitake gets the body to keep itself well.

Herbalists Use It To…
Re-instate Resistance
Maitake has become an herbal medicine of choice for patients suffering constant infections. Herbalists find that when using Maitake, people suffering from conditions like chronic sinusitis, chronic tonsillitis, chronic bronchitis, chronic cystitis, herpes, constant colds, and post-viral syndrome kick the habit. If you can’t seem to fight off the bugs passing through the office compound or university campus, or kick a certain type of infection, think about maitake.

Tame troubled waters
If you know you are heading into infection rich environments, think about using an immune stimulant to boost your immunity. Prevention is worth a pound of cure. Visiting a friend in the hospital, flying on an airplane, taking a holiday to a health challenged spot on the globe, or visiting your sister when her kids are ill can be made safe experiences with the help of a maitake caused immunity boost.

Warning
Maitake is the prefered table mushroom in Japan and has been found to be entirely non-toxic. It has no know drug interaction. Because it increases white blood cell counts, it should not be used by persons with leukemia.