Maitake(Grifola frondosa) as a Food 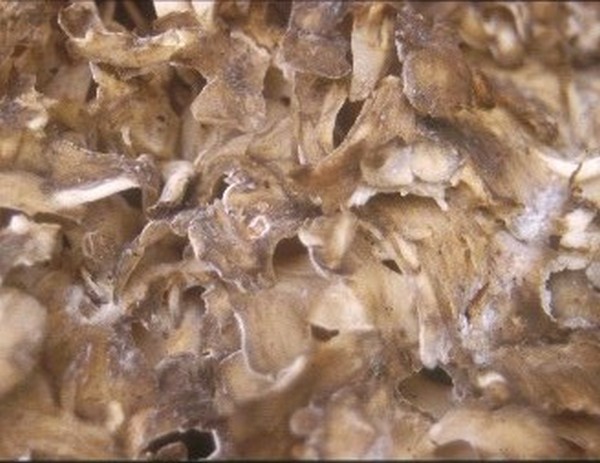 Until very recently, the mushroom produced by Grifola frondosa was in the same class as truffles. In North America, Europe, and Asia the mushrooms were coveted by gourmets as the supreme fungi. It was thought to be the most delicious of all mushrooms. They were the Romans favorite mushroom and the Japanese were reported to pay their weight in gold to have the opportunity to eat a few fronds. They have been, by definition, a commodity for a long time.

This was in part because they are so delicious and in part due to the fact they were so hard to get a hold off. As we learned earlier, though they may be a common fungus, finding them was always a bit of a challenge. People love things that are rare and there was always a greater demand for Grifola frondosa than supply of the tasty mushroom.

In Europe Grifola frondosa first appears as one of the prefered mushrooms on the Roman table. At a point in Roman history Roman lawmakers became concerned the Roman decadence was undermining the fabric of society. Laws were enacted, the Sumptuary Laws, which limited the consumption of gourmet foods. Some days were by law meat free days. The Romans with some money behind them replaced the prohibited meat with gourmet fungus. Grifola frondosa was used a a meat substitute.

Tax records from the Italian markets indicate that as recently as the turn of this century Grifola frondosa was a popular mushroom. It seems wild mushrooms were taxed and this mushroom was one of the wild food items levied upon. To this day, it is one of the most popular and coveted wild mushroom in the French and Italian open air markets.

These mushrooms make it to the open markets as wild mushroom collectors go out and collect them. In Britain, Grifola frondosa is one of the most sought after mushrooms collected by wild mushroom hunters.

Andy Overall, editor of Mycofile a magazine dealing with the collection of wild mushrooms, had a few words to say about this delicacy.

“I routinely find Grifola frondosa in the Epping wood and in Hampstead heath. It is not a particularly rare mushroom, but it is an extremely hard one to find. It comes up in piles of leaves and it is hard to distinguish from the leaves. Some people say it is rare, I think it just hard to find. I have been collecting mushrooms for the last seven years and find at least one each year. It is my favourite mushroom to eat. It is a culinary delight.”

Miranda Gavin, Andy’s side kick, was happy to chime in about eating Grifola frondosa, “Its my favourite mushroom. Its nice because it keeps it texture when you cook it, I like to cook it with oyster mushrooms. The flavour is nutty. A lot of wild mushrooms, like boletes, are slimy. I don’t like slimy mushrooms. Hen of the woods is not slimy.”

Andy Overall had a delightful Grifola frondosa story to recount. It seems he and Miranda were in Hanoi, Vietnam, on holiday. As they walked down a street they came onto an enormous Grifola frondosa in full bloom. They collected it up and took it into a local bar. They worked with the cook of the establishment prepared it into a wonderful meal for all the customers in the bar.

This might be a nice way to introduce its use as a food in Asia. In both Chinese and Japanese cuisine Grifola frondosa is the prefered mushroom. In Chinese cookery it is made into a long list of specialized dishes which include ba bao cai, gu lao rou, sheng chao pian, fu long xie, hong hui shou she, cha shao mian, xia ren tan mian, chao mian, tain jin mian, yun tun, and bai cai tang. The Chinese go out to the woods in search of Grifola frondosa in the appropriate season in the hope of finding a patch to toss into these dishes.

The Japanese, above all other Asian cultures revere the mushroom. It was the Japanese that paid its weight in gold! It was also the Japanese dramatically changed the history Grifola frondosa. As it was the most prefered and rare mushroom, mushroom grower had long attempted to grow it in the commercial setting.

As we have learned, mushrooms mystify the scientific community. This is so on many levels. Fungi are notoriously mysterious as to what makes them tick. There are very few mushrooms that can be grown commercially as researchers cannot figure out how to get them to grow outside the wild enviroment. The only person that knows how to grow a truffle is a truffle. This was true for Grifola frondosa until fairly

In North America, Europe, and Asia, if you wanted to savour the delight of Grifola frondosa, you had to go out to the woods and hunt them. There was no easy way to get your hands on them. That was until the Japanese cracked the secrets of the Grifola frondosa life cycle and were able to replicate the natural cycle in the lab. Nearly 15 years ago the Japanese made this discovery and what was once a rarely found mushroom became one that could be purchased in the grocery store. In 1990, The Japanese produced and consumbed 8 tons of Grifola frondosa.

Though the Japanese may have cracked growing the ellusive Grifola frondosa, the secret of it culture has spread. It is now grown in North America by a handful of growers and the same is true for Europe. Kevin Hughes, owner of Hughes Mushroom, is currently investigating growing Grifola frondosa on his farms in Northern Ireland. As the days pass, more and more people will have the opportunity to sample this formerly exclusive treat.