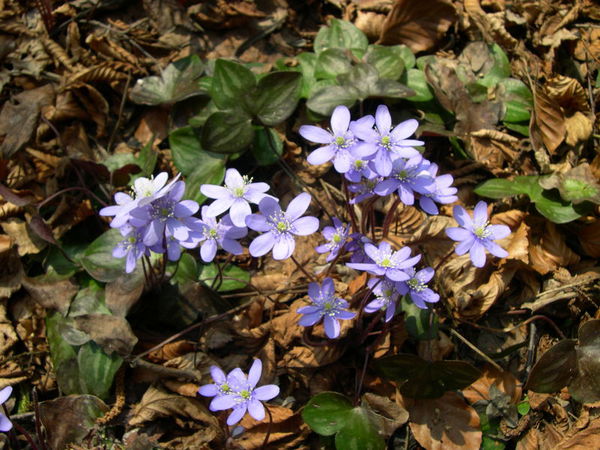 Hepatica was used by the Eclectic Physicians to stimulate the digestive tract into action. When digestion was slow or poor, this herb was used to invigorate digestion.

The Hepatica exerts a slightly stimulant and tonic influence upon the stomach and small intestines, relieving irritation and promoting functional activity. Thus it may be employed in atonic conditions of these and associate viscera with advantage. Culpepper wrote, “it is a singular good herb for all diseases of the liver, both to cool and cleanse it, and is serviceable in yellow jaundice. It is a singular remedy to stay the spreading of tetters, ringworms, and other fretting and running sores.”

It exerts an influence upon all mucous surfaces. Probably its best action is upon the bronchial mucous membrane, when enfeebled from irritation or inflammation, attended with profuse secretion. In these cases it may sometimes be given with great benefit.

Therapeutic Action – The Hepatica or Liverwort is said to be tonic, astringent, demulcent, pectoral and deobstrucal.

The several species of this plant are not very active remedial agents, notwithstanding the high reputation which they at one time enjoyed. It is feebly tonic, slightly astringent, an dsomewhat demulcent and pectoral. Its employment has been, to a great extent, empirical; and the high praises bestowed upon it by many botanical physicians, it is believed, are to be received with caution and much allowance.

1884; Lloyd (Drugs & Medicines of North America ) – HEPTICA
Medical History – The records show that at an early day a lichen of Europe (Marchantia) was used as a remedy in liver disorders, or what were supposed to be liver disorders, and that in consequence it received the vulgar name Liverwort. The shape of the leaf of hepatica somewhat resembled the three lobes of the liver, and hence this plant also was called Liver Leaf, or Liverwort. Thus it came that two entirely distinct plants were known under the same name; and in order to distinguish them, one, a creeping plant, was called Liverwort (Marchantia), and the other, an upright plant, Noble Liverwort (hepatica). Some of the early medical works recognized both plants, but others, under the name liverwort only recognized Marchantia. As illustrations, we may refer to the New Dispensatory, 1753 (and other editions), wherein hepatica is named Noble Liverwort, a gently restringent herb, and Marchantia is called Liverwort, and used in obstructions of the liver, in jaundice, etc. This view is also taken by Culpepper’s English Physician, 1725 (which only considers Marchantia); Lewis’ Materia Medica, 1761; The Pharmacopoeia Officinalis Extemporanea, or A Complete Medical Dictionary, 1775; and other standard European authorities which it is unnecessary to name. However, at even an earlier day some writers had included liver diseases among the many wherein Noble Liverwort could be used with benefit; and we may name Tournefort’s Materia Medica, which was translated into English in 1708, and Salmon’s English Herbal, in 1710, both of which ascribe hepatic properties to the plant. This view of the case seems, however to have resulted from the theory of Signatures and few early writers that we have consulted recognized it in this light.

In 1817, Hooper’s Medical Dictionary said of Marchantia, so-called because it was thought to be useful in diseases of the liver, but to liver leaf the same work ascribed no hepatic value. There is no doubt, however, but that at that period both plants were used in domestic practice and with some members of the medical professions as hepatic remedies.

The earliest mention in American history that we can find of hepatica, occurs in Carver’s Travels, 1778, but the plant was simply spoken of as Noble Liverwort, and no medicinal value was ascribed to it. David Schoepf, in his Materia Medica Americana, 1787, briefly mentions the plant as inodorous, insipid. Barton omitted it in his Collections for a Vegetable Materia Medica 1798, 1801, and 1804, which is good evidence that at his day the plant was not valued, for Barton’s tendency was to recommend all plants that were in the least medicinal, rather than to omit anything. Hand (1820) gave hepatica a passing notice in his House Surgeon and Physician, but Rafinesque, in the first volume of his Medical Flora of the United States (1828), devoted considerable space to its consideration, and figured the plant.

In 1831, Geo. W. Carpenter, of Philadelphia , issued a work, Essays on Some of the Most Important Articles of the Materia Medica, in which a compound syrup of Liverwort, or Hepatica, was highly extolled.

The United States Dispensatory, 1833, 1st edition, introduced hepatica in the primary section of that work, owing to its being officinal in the Philadelphia edition of the Pharmacopoeia, but the editors spoke lightly of it, saying: It will probably ere long be forgotten. This paper, excepting the quotation we have made, was carried to the fifteenth edition (1883) of that work, at which time (the plant having been omitted from the U.S.P.) the paper on hepatica was transferred to the appendix.

Dunglison referred briefly to hepatica in the second (1843) edition of his Materia Medica; and in the third edition he added a copy of Rafinesque’s figure of the plant, which, with the paper, was carried through the subsequent editions without further change.

Beach’s American Practice (1847), Griffith ‘s Medical Botany (1847), and Christison & Griffith’s Dispensatory (1848), barely recognized hepatica, but the last named works reproduced Rafinesque’s rude figure of the plant. King, in his Dispensatory (1852), gave it a short notice; Bartholow and Scudder ignored it; Stille and Maisch placed no value on it.

1911: Fyfe
Irritation of the mucous membranes, especially of the air passages, cough, when there is tickling, itching or scraping sensations in the fauces, bronchitis, with purulent or bloody expectoration, excessive secretion of mucous. Hepatica americana is tonic, diuretic, astringent, demulcent, and deobstruent.

1898: Felter and Lloyd: HEPATICA – LIVERLEAF
Action, Medical Uses, and Dosage – A mild mucilaginous astringent. It has been used in infusion, taken freely in fevers, hepatic complaints, bleeding from the lungs, coughs, etc., but in severe cases it is unavailable. The infusion may be taken ad libitum.