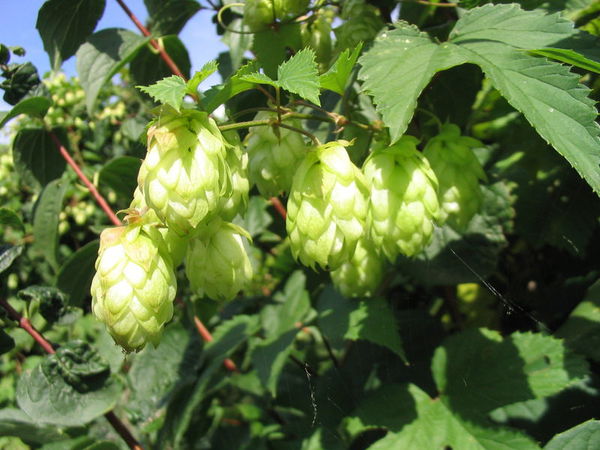 Hops is a kissing cousin to Marijuana, literally, and contains many of the compounds marijuana contains. Beer, made with hops, makes people feel happy for more reasons than the alcohol it contains! Marijuanas legal cousin is an interesting plant and its use in treating nervous disorders is legendary.

1911: Fyfe
Impairment of the digestive organs, resulting from abuse, exhaustion and irritability of the stomach, flatulent colic, incontince of urine, priapism and involuntary seminal emmisions, deranged conditions of the brain and nervous system.

Hops(cones) are used locally as an application in the form of a poultice, or enclised in a bag and moistened with hot water or vinegar. Their anodyne effect when thus used is in inflammatory and painful local affections are a source of releif.