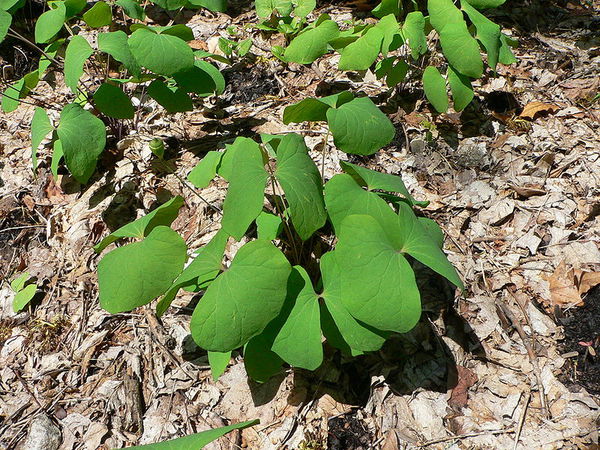 The Eclectic Physicians used this remedy as a tonic, and spoke very highly of it. It was said to stimulate the production of blood cells, digestive secretions, and to generally activate every system in the body. If the body was retiring, it was called in. Interestingly, this herb has dropped from site but, considering its past, its one that needs to be looked at for use in the contemporary age.

1854: John King. The American Eclectic Dispensatory. Wilstach, Moore , and Keys.
Properties and uses – Diuretic, alternative, antispasmodic, and a stimulating diaphoretic. Successfully used in chronic rheumatism, secondary or mercurio-syphilis, syphilitic pains, dropsy, in many nervous afflictions, spasms, cramps, nervous excitability, and even during pregnancy. In syphilitic diseases of the throat, ulcers about the fauces, scarlatina, ophthalmia, and indolent ulcers. It is administered in decoction and saturated tincture. Dose of the decoction, from two to four fluidounces, three times a day; of the tincture, from one to three fluidrachms, three times a day.

The Jeffersonia is a stimulant to mucous membranes, increasing their circulation, and checking profuse secretion. It may be employed in any case where these influences are desirable, and will give satisfaction. It exerts a feeble stimulant influence upon the skin, sufficient, however, to make it useful in chronic skin diseases. It is also claimed to be diuretic and anti-rheumatic. The remedy requires study, and may develop valuable properties.

1895: Lyman Watkins. An Eclectic Compendium of the Practice of Medicine. John M. Scudder’s Sons, Cincinatti,.
Pain in head with feeling of tension, dizziness. Ten to twenty drops every three hours.

Prepare a tincture of this root with eight ounces of the drug and one pint of sixty per cent alcohol. Dose, from five to thirty drops. Make an infusion on one ounce of the root to one pint of boiling water.

This agent is both stimulant and alternative and is a remedy for rheumatism. It is stimulant to mucous surfaces and relieves irritation of the cerebral and spinal nerves. It improves the blood and tissues and favor secretion. Use it in chronic diseases where a stimulating alternative is required. Employ it in bronchitis and constitutional chronic catarrh, especially in the aged. It is an eliminative for syphilis and scrofula. Use it in rheumatism when the pain is chiefly located in the muscles of the back. Ulcerations of the throat and fauces may be topically treated with an infusion of Twinleaf root, which may be also used locally on chronic ulcers. 1909. Kings’

1909. Kings’ Dispensatory. Harvey Wickes Felter and Uri Lloyd. Cincinatti.
Action, Medical Uses, and Dosage – Diuretic, alterative, antispasmodic, and a stimulating diaphoretic. Successfully used in chronic rheumatism, as a tonic in secondary or mercurio-syphilis; also used with advantage in dropsy, in many nervous affections, spasms, cramps, nervous excitability, and even during pregnancy. In syphilitic diseases it has been combined with corydalis, but I have been unable to determine any other than a tonic influence, with evident improvement in nutrition, whether it be administered alone in this malady, or combined as just stated (King). As a gargle it has been beneficial in diseases of the throat, ulcers about the fauces, scarlatina, ophthalmia, and indolent ulcers. It is administered in decoction and saturated tincture. Dose of the decoction, from 2 to 4 fluid ounces, 3 times a day; of the tincture, from 1 to 3 fluid drachms, 3 times a day. Some practitioners substitute this plant for senega, as an expectorant and emetic.

Specific Indications and Uses – Pain in the head with dizziness and sensation of tension (Watkins, Compendium of Eclectic Practice).