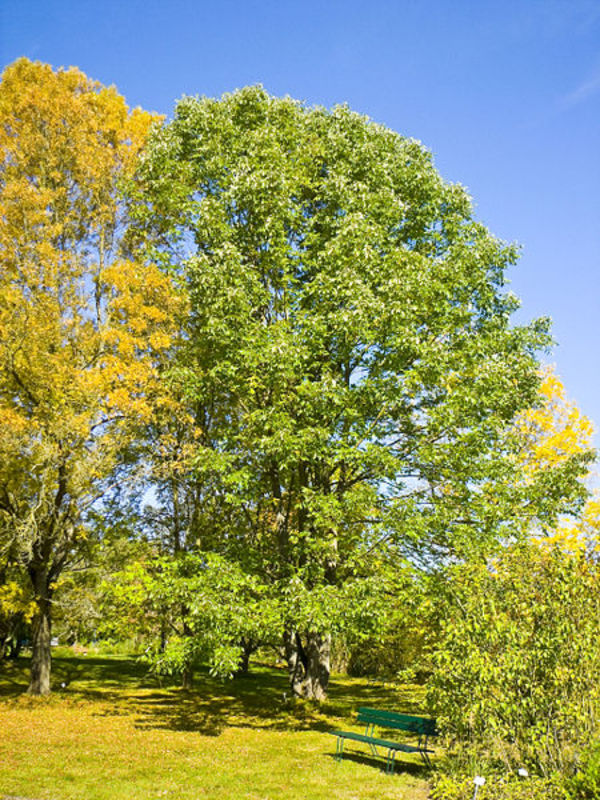 1874: J.M. Scudder – FRAXINUS SAMBUCIFOLIA – F. ACUMINATA (Ash)
Preparation -Prepare a tincture from the recent bark, in the proportion of 3viij. to Alcohol 76degree Oj. Dose from gtts. ij. to f3ss.

Both the black and white ash deserve study. The first, for its influence in skin diseases, especially of an herpetic character, and as a general alterative. The second, to improve secretion, and for its influence upon the chylopoietic viscera.

1883: Scudder (tonic) – FRAXINUS
The inner bark of the Fraxinus Acuminata, or White-Ash, is tonic and astringent in small doses; if taken freely, it is actively purgative. We think it decidedly alterative. It has been used as a tonic in intermittents, and also as an astringent in hemorrhages. We have used the White-Ash bark with benefit in dyspepsia, general debility and cachectic habits, with a view to its tonic and sustaining powers, and for its aperient action.

1909: Felter and Lloyd: FRAXINUS – ASH
Action, Medical Uses, and Dosage -Tonic and astringent. An extract of the black ash used as a plaster is very valuable in salt-rheum and other cutaneous diseases. The infusion may be used internally as a tonic, and for all purposes where a combination of astringency with tonic influence is indicated. The white ash is also cathartic, and has been found beneficial in some cases of constipation, and also in dropsical affections. It may be used in the form of infusion or in bitters. The bark in white wine, is said to be efficient in curing ague-cake, or enlarged spleen. The seeds are said to prevent obesity. Dose of specific fraxinus, 10 to 60 drops.

1911: Fyfe
General debility and cachectic conditions, dropsical conditions, enlargement of the spleen, constipation, atonic dyspepsia. Fraxinus americana in small doses is tonic, alterative, and astringent. In large doses it is an active purgative.