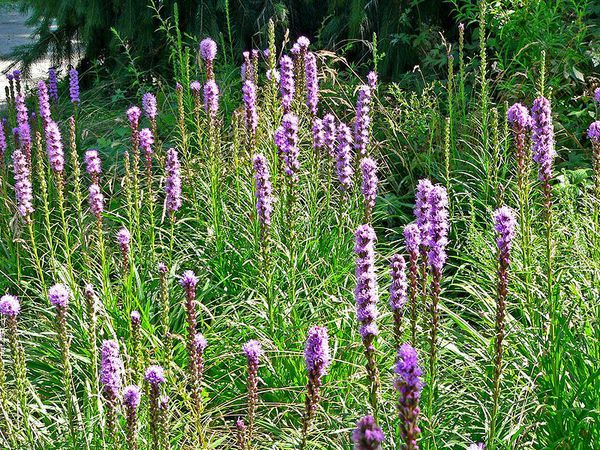 I dont know much about this particular remedy, but, it was used by the Native Americans and the colonial doctors to effectively treat snake bite. This is a very interesting use…not much helps a rattlesnake bite! Though we don’t know much about this, its historical use as an anti-venom suggests somebody needs to look into this herb!

1854; King J; (Materia Medica) – LIATRIS SPICATA
Properties and Uses. – These plants are diuretic, with tonic, stimulant, and emmenagogue properties. A decoction of them is very efficacious in gonorrhea, gleet, and nephritic diseases, in doses of from two to four fluidounces, three or four times a day; it is also reputed beneficial in scrofula, dysmenorrhea, amenorrhea, after-pains, etc. It is likewise of advantage in sore-throat, used as a gargle, and in injection has proved useful in leucorrhea. Said to be beneficial in Bright’s disease, in connection with Lycopus Virginicus and Aletris Farinosa; equal parts of each in decoction. These plants are celebrated for their alexipharmic powers in bites of venomous snakes; Rush states, that when bitten, the inhabitants of the Southern States bruise the bulbous roots, and apply them to the wound, at the same time drinking freely of a decoction of them in milk. This requires corroboration.