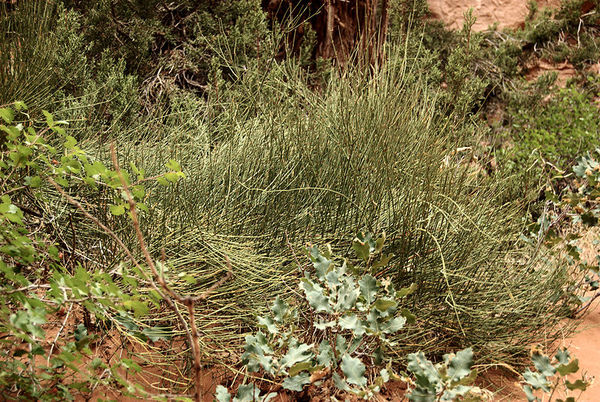 “Hay Fever….. General Congestion……How come I feel like I am on drugs before I take any?

It has to be said that there was a time when I had very little sympathy for people with allergies for a number of years;my sister tracy got out of cutting the grass due to an alleged allergy to grass pollen. She would wave at me from the our air conditioned living room or whilst sitting at the pool as I pushed a lawn mower across grass in a one hundred degree plus weather. I thought the whole business of allergies was a bit mysterious, perhaps conveniently so, that is until I developed them myself. Like most people that develop allergies later in life I didn’t know what has happening to me at first. The incredible fatigue, irritability, headaches, itchy eyes, and the burning sinuses had be convinced I had picked up some mysterious disease while researching plants in the tropics. The worst part was the incredible lethargy that came over this normally highly active person.

Eventually I was diagnosed as having garden variety allergies, hay fever as it is known. Being a person that worked with plants for a living, I was not amused.

A physician writing at the beginning of this century had this to say about hay fever. “It develops suddenly, occurs each year with almost mathematical precision, and once acquired, is seldom ever lost., but grows more confirmed each year. While all persons suffering from hay fever are not necessarily extremely nervous or excitable, yet it is largely a nervous lesion, and is found most frequently in persons of an active, energetic, and nervous temperament. Although pollen is supposed to be the most common cause, it is a recognized fact that the class of people who are most exposed to this exciting cause seldom have the disease;namely , those residing in the country an agricultural laborers. Beard found only seven cases, out of two hundred recorded, in persons living in the country. No doubt the quiet of the country allays the nervous irritability that is so often incited by city life.”

Curiously enough at the time the physician was writing hay fever was confined to the two counties with industrialization, Great Britain and the United States . Since that time, as the world has industrialized, allergies have become a dread disease affecting most societies that use cars and have traffic jams. As the doctor said, once you develop them , they seem to get worse and worse with each passing year.

One element the doctor mentions, and a factor that seems to get left out much of the time, is the emotional element to the allergy phenomena. This is no doubt in the alternative medical community that indeed nervous people do indeed suffer at the hands of hay fever more than do calm, relaxed people. An allergic reaction to a substance has to do with the immune system, the immune system is tied to the emotions. A whacked out emotional life leads to a whacked out immune system. Stress scientist made the connection between stress and a compromised immune system a long time ago. Allergies are really an immunity disorder, or in this case, an over immunity disorder. The increased stress levels most societies face today is said to be the culprit behind incredible amount of allergies people suffer today. Relax and get your emotional life in order and your allergies may improve.

Our next plant, ephedra, ma huang in chinese circles, ephedra sinica to botanists, is the allergy sufferers best friend. It is also used to treat congestion in general, whether due to allergies or a cold. Its power to open up the lungs and the head have made it one of the most famous herbal medicines. It is so effective that all of the over the counter decongestants contain chemically synthesized replicas of what the plant contains.

Ephedra is native to the sea shore of japan, southern siberia, and west central china. It belongs to a rather odd order of plants , the family gnetaceae. It is not a terribly large plant, the low growing shrub closely resembles the common broom plant, except rather than having an upright growth habit it is more spreading and low. It resembles equisetum, horse tails to an extent and in the dried state the two are hard to distinguish. The young branches of ephedra are collected and died to produce what we use as a drug. The stems are clipped off the plant in the fall sometime in advance of the first hard frost as this is when the active constituents are at their highest concentration. The plant is incredibly high in alkaloids, some samples contain as much as 2 percent, which is a lot for a plant. The plant produces yellow flowers and red edible fruits that are said to taste of strawberries. I haven’t tasted them and I am always doubtful when something is said to taste like something else. Neither rattlesnake nor squirrel tasted like chicken though I was told both were “just like it.”

Much scientific work has been done attempting to delineate the chemicals ephedia contains and how it works to clear the head. It has been proven to increase sweating, reduce body temperatures, offer an inhibiting effect on the influenza virus, causes bronchodilation in a pronounced manner, acts as a vasoconstrictor, raises blood pressure, acts as a cerebral cortex and subcortical center stimulant, and works as a diuretic. So what does all this mean? In a nutshell , if you are congested or are having an allergy attack, ephedra will relieve your symptoms. Rats treated with ephedra and the influenza virus had a higher survival rate than those treated just with the influenza virus! – an added feature should you be suffering from the flu.

Getting back to this auto-immune issue, another related condition, arthritis and rheumatism are both treated with ephedra. This increasingly points to the notion the herb has some power to get the immune system back in line when its out of whack. Remember hay fever is essentially immune system overkill. If the system didn’t react so hysterically you wouldn’t feel the misery you feel.

History has it that the Chinese emperor Shen Nung examined the plant 5000 years ago and wrote about it in the Chinese herbal medicine classic the Pentsao. From that moment onwards the Chinese have used Ma Huang to treat asthma, hay fever, bronchitis, and sinusitis, all forms of dysfunctions with the respiratory tract that include congestion as a symptom. Often I hear people refer to herbal medicine as alternative medicine, as if it is something new. Next time you hear a comment like that, bearing in mind ephedra has been used for over 50 centuries you might want to let them know it is in fact the traditional medicine.

The name ephedra sounds much like an over the counter medication and that is because more than one is made of pseudoephedrine, a chemically synthesized version of what the plant makes all on its own. Doctors got their hands on it and discovered what it is in the plant that dries a person out when they feel like they cant breath. All the over-the-counter drying out medication contains chemicals based on their research. This research went on in the 1850′s and by 1887 ephedrine had been isolated as the chemical responsible for drying people out. Other chemicals include a host of alkaloids, l-ephedrine, d-ephedrine, pseudoephedrine, norephedrine, N-methylephedrine, and benzylmethylamine.

Where as using ephedra as a whole herb results in no side effects, the chemically isolated bits that are used in western medicine have caused some problems. Initially ephedrine was the first chemical isolated from the plant and it was used solely to treat a variety of respiratory illnesses. Unfortunately it also raises blood pressure and makes people nervous. The interesting feature of using ephedra is that the alkaloids contained in it have a serious of counteracting actions. Where as ephedrine raises blood pressure, another alkaloid contained in the plant, pseudoephedrine, lowers it.

Here we see a classic example of how natural botanical drugs are superior to the chemically isolated drugs. For reasons that allude humanity natural drugs tend to have a serious of chemicals contained in them that act in unison to perform whatever function they are called in to perform. Botanical drugs tend to be balanced naturally, as in the case of ephedra. When ever you isolate one chemical from a plant and use it in this isolated state on the human body adverse affects are felt. Many people find chemically synthesized ephedrine makes them incredibly nervous whereas the decongestant tea made of ephedra chinensis doesn’t. Nature does it right and that’s all there is to it.

The plant and its variety of ingredients is the miracle worker of the congested. It reduces the congestion throughout the entire respiratory tract as well as lessens the muscle spasms that go along with respiratory infections. This reducing of spasms is why it is found so useful in treating asthma, it squelches the spasms that restrict the breathing. More over, the drug has the ability to reduce allergic reactions which is the cause of congestion in the case of hay fever sufferers!

Safety Rating: This is now questionable. It has been banned in many countries. It seems the drug addicts got involved with using this herb to make other drugs and drug like products and depending on where you live, it may or may not be legal. Before attempting to purchase or use Ephedra, speak to a health care professional and find out if its legal or a good idea in your case.