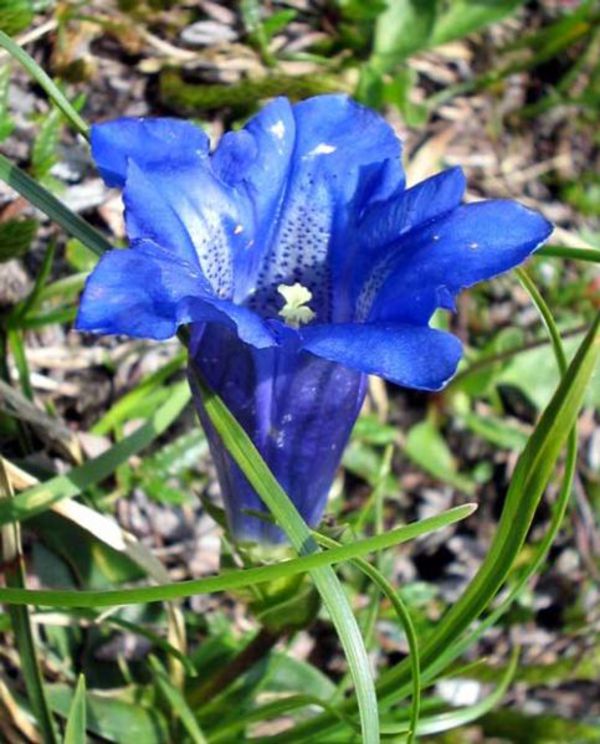 Like all members of the Gentian family, Gentiana catesbei is a bitter and a tonic, improving digestion as well as general well being and health. A forgotten herb and one that needs to be studied and re-introduced.

Dose – From five drops to half a drachm.

Therapeutic Action -This species of Gentian is tonic, stomachic and diaphoretic; it is much used in some portions of the Southern States, and is said to be scarcely inferior to the imported article. It is a pure bitter, and as such may be substituted for other agents of this class. It is employed in dyspepsia an ddebilitated states of the system, arising from indigestion.

This is very much like the preceding and grows in swamps in our Southern States. It is tonic, stomachic, and diaphoretic. It influences the skin and its secretions more than the other members of the Gentian family. It is a good agent in dyspepsia with torpidity of the skin. Use it in the convalescence following inflammatory fevers. As a tonic use form ten to thirty drops of the tincture.