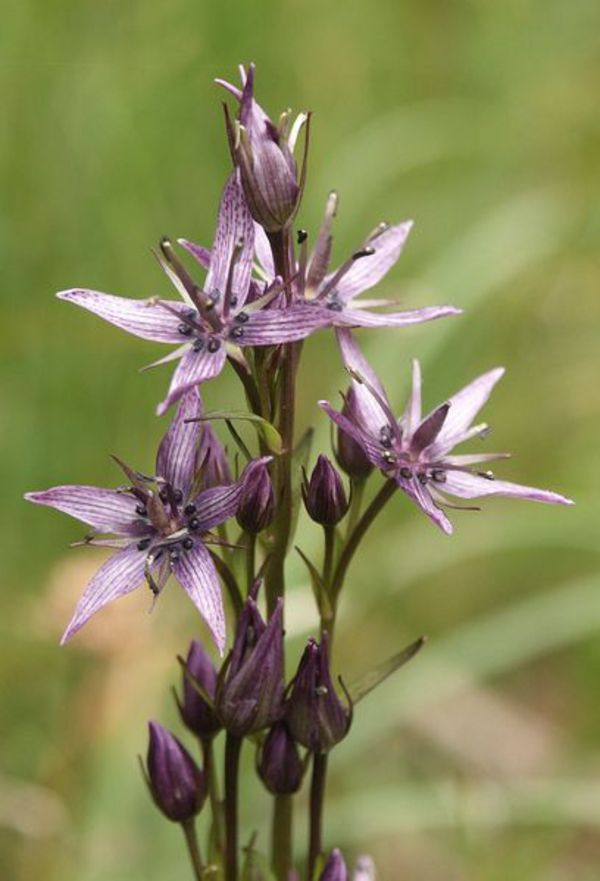 Chirata is an Indian member of the Gentian family, a bitter tonic used to stimulate both digestion and general well being. It was used to speed convalescence from serious illness and to increase vitality in those in a worn down state.

History and Description – This annual plant is a native of North India , growing in the mountainous districts, an dhas been held in considerable esteem as a medicine by the Hindus. The whole plant is gathered about the flowering period, or just as the capsules have fully formed (Pharmacographia). The whole plant, including the flowers, is very bitter, with the exception of the woody portions of the stouter stems. The U.S.P. thus describes the medicinal article: “Root nearly simple, about 2Cm. (2 3/4 inches) long; stem branched, nearly 1 meter (about 40 inches) long, slightly quadrangular above; containing a narrow wood-circle and a large, yellowish pith. Leaves opposite, sessile, ovate, entire, 5-nerved. Flowers numerous, small, with a 4-lobed calyx and corolla. The whole plant smooth, pale-brown, inodorous, and intensely bitter” – (U.S.P.).

Action, Medical Uses, and Dosage – This drug possesses the tonic properties of gentian and similar bitters. It is valued in Hindustan , where it is much employed in urinary complaints with uneasiness in the region of the kidneys, frequent urging to urinate, which is accomplished with difficulty, and in cases of uric acid deposits. It is a remedy also for convalescence from exhausting sickness, and for atonic and nervous forms of dyspepsia. Dose of chirata, 10 to 20 grains; fluid extract, 10 to 20 minima; infusion (3ss to boiling water Oj), fl3i to fl3ii, 3 times a day.